The Yak Ru Cross Country (XC) Race has been successfully run from 2014 till 2016 (under the former title “Yak Ru – Annapurna Challenge MTB Race”). Here is a little insight into the origins and motivation for the event. 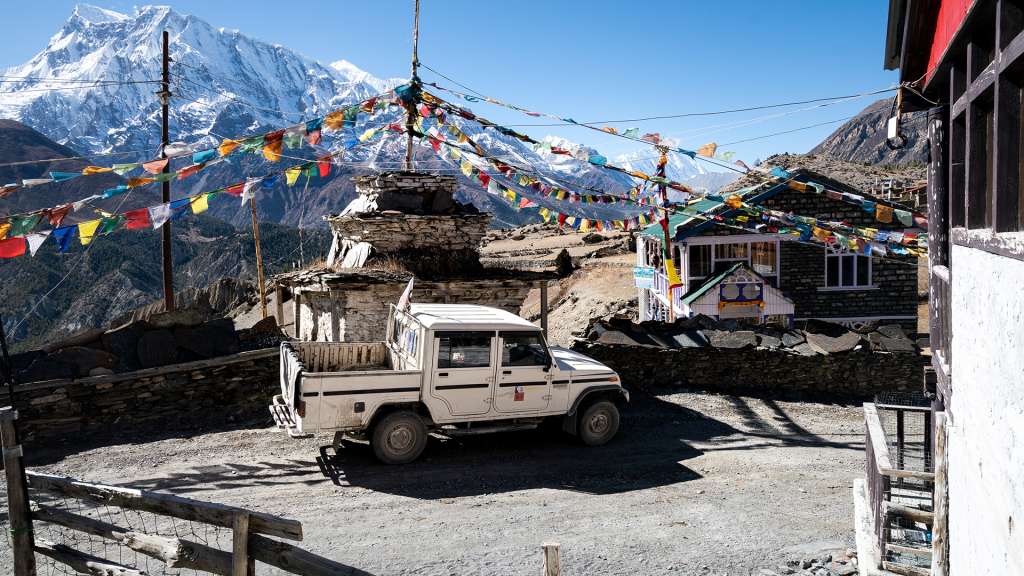 The world famous three-week long Annapurna Circuit trek has been reduced to just one week after the jeep road reached Manang from Besi Sahar and Muktinath from the other end, Pokhara. Trekkers enjoyed crossing the Thorong-La Pass (5416 meters) after walking and acclimatizing for a week when they started on either starting point (Dumre to the east or Pokhara to the west) before the roads invaded these generations-old mountain villages. Crossing the Pass – the world’s highest mountain pass accessible without the need for technical climbing equipment – on the border of Manang and Mustang district is still the highlight of this trek for many. On the Manang side of the Pass, the rustic traditional village of Ghyaru, inhibited by the ‘Manange’ people, gives visitors a sense of being transported back to medieval times. Time seems to have remained in a capsule for this village. On the other side of the pass, across Muktinath in Mustang, lies another stunning village of Lubra, equally ancient-looking and far-removed from modern civilization. These are the villages worth protecting from the modern ills of road access. For most of the other beautiful villages such as Pisang, Braka, Manang, Kagbeni, and Marpha – it is already too late to protect the old charm. The stunning trekking route that is the Annapurna Circuit was pretty much the backbone for the communities lining the trails and rural roads. In the Eighties, Nineties and most part of the new millennium, this route saw a huge influx of trekkers. The tourism brought much-needed prosperity and opportunities to this beautiful but remote land. 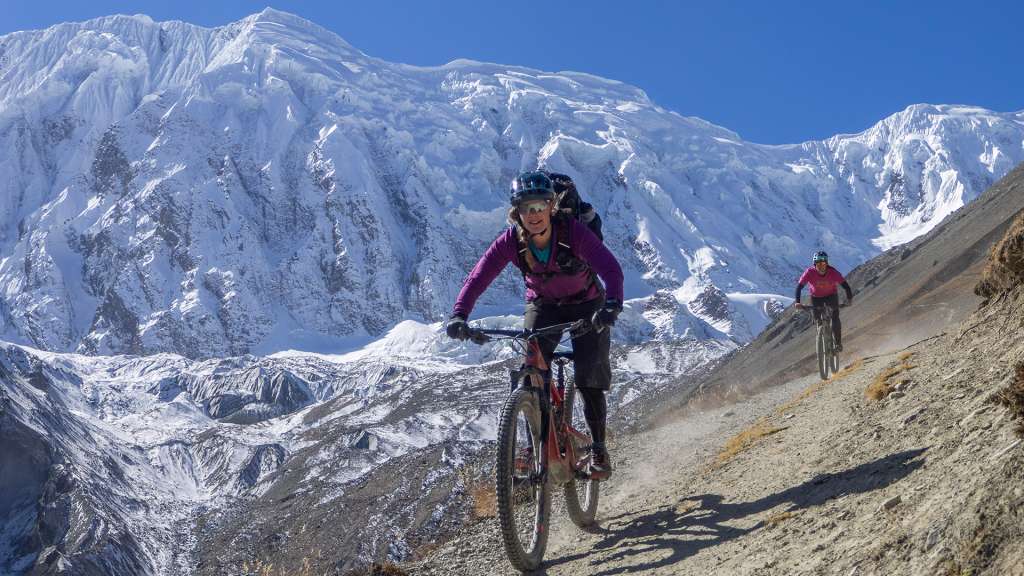 The tourism development brought several opportunities in terms of improved sanitation, schools, better living conditions through improved trade opportunities & employment opportunities for the locals. Now the very physical development of road access is ironically threatening to curtail the advances in the tourism economy of this beautiful region. Trekkers spend less time on holiday in this region by more than half as the ease of road access has cut down the need to spend several days of trekking. The rapid pace of hydropower development along the Marsyangdi Valley, through the building of massive river dams, is also threatening to displace whole villages and flood large tracts of traditional agricultural land, as well as upsetting the fragile mountain eco-systems of the region.

What could be done to mitigate the risk of losing tourism from this region altogether? We pondered hard and came up with the simplest of ideas: to start the age-old trend of adventuring along remote and rugged trails again! People came to this region to walk and be with nature. So we decided to reintroduce them to these forgotten trails that had faded from memory since the introduction of Jeep roads. We decided to run a unique mountain biking race via these old routes to highlight and reintroduce them to the wider adventure community. We hope our race will garner enough awareness – both locally and globally – regarding these trails and the lost trekking charm will be reestablished in this region again. We made the decision to route our race through one of the most unspoiled villages on the Annapurna Circuit, Ghyaru (the traditional Tibetan name for ‘yak horn’). We dedicated our mountain biking stage race to this village and called it, “YAK RU.”

We will update you further as to our future plans for the next edition of the Yak Ru XC Race while we focus on running our Yak Ru Enduro races and tours.